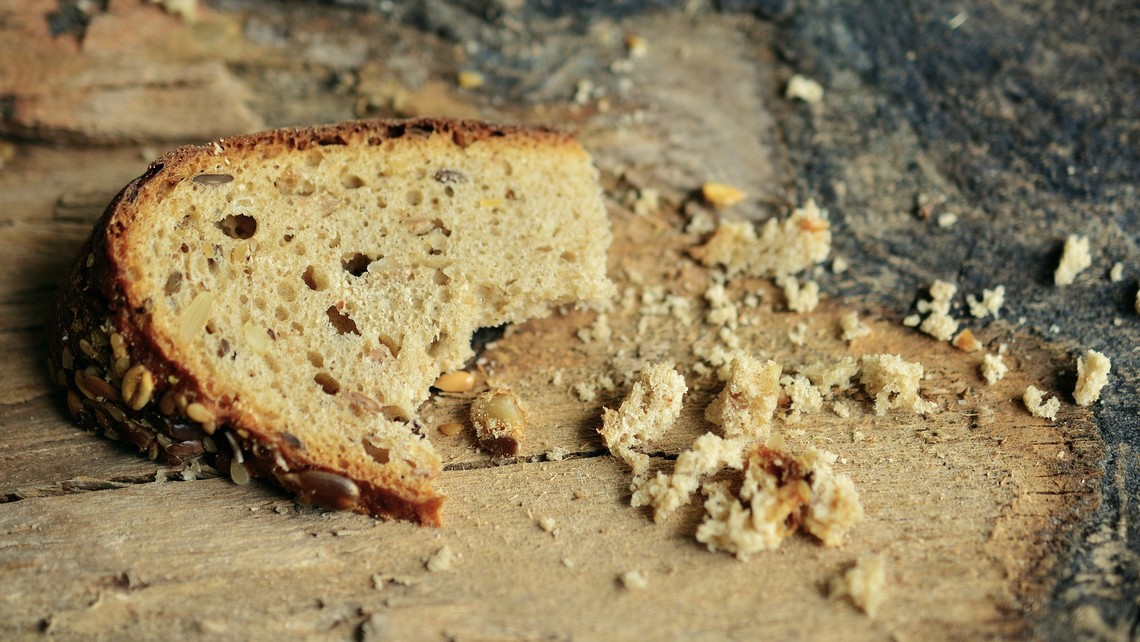 Reflections for the 20th Sunday in Ordinary Time

In this week’s Gospel, Jesus goes into Gentile (non- Jew) territory and encounters there a Canaanite whose daughter is ill.

She learns he is there and goes to him, begging for help. At first Jesus doesn’t answer her, but she continues to beg for his help. Even when he tells her that it isn’t right to give the food of the children to the dogs, she retorts by saying that even the dogs get crumbs. Jesus is so impressed by her boldness that he heals her daughter, saying, “Oh woman, great is your faith!”

From this story, we learn two important points. The first is that persistent prayer backed by unwavering faith will receive an answer from the Lord. We don’t always receive the answers in the way we want or expect to, but if we pray persistently, we will see our hearts open up to the good thing God wants for us.

The second is that we who live 2,000 years after Christ can still receive his healing and blessing. He healed the woman’s daughter from a distance and he can still heal us today. Time and space are no barriers to the Lord of all time and all space.

Since many of us have had the experience of praying when it seems as if our prayers are battering against a brick wall, this Gospel story of the persistent woman serves to increase our faith in the love and mercy of the Lord for each one of us.

In this passage from the Prophet Isaiah, we see another clear indication that God’s plan, advanced by way of Israel, is a plan “for all peoples.” In the period following the Maccabean revolt (see 1 and 2 Maccabees), a number of Gentiles began to attach themselves to Judaism. The Jews responded by establishing a process by which these foreigners could be incorporated into Israel, which included a ritual bath, or baptism. At that time it might have appeared to them that this prophecy of Isaiah was beginning to be fulfilled.

But the full import of this prophecy is only seen when Jesus opens the fullness of the covenant to those beyond the tribal limits of Israel, as we see hinted at in the Gospel for this Sunday. This prophecy from Isaiah suggests that kind of full inclusion, indicating that foreigners would minister to God and serve him, even in the Temple on Mt. Zion. That is, these people would enter fully into the ritual life of the covenant with God and not merely stand in the outer courts of the Temple (“the court of the Gentiles”). That happens in the Catholic Church. The term catholic means “universal.” In this universal Church founded by Christ, we who are not Jews by blood become priests, prophets, and kings by Baptism, and are made full participants in the perfect offering and sacrifice that Jesus makes of himself to the Father in the Holy Mass.

Paul was the agent chosen by God  to  announce the extension of full covenant life to the Gentiles. While the ultimate reasons for this election by God are known by him alone, it is quite possible that Paul was chosen because of his unique qualifications to play this role in the divine plan. First, he was deeply committed to a radical embrace of Jewish life as one of the Pharisees, a group that endeavored to live the Jewish religious law piously. Next, he was adamantly and actively opposed to the nascent Christian movement called “the Way,” to the point that he seems to have spearheaded its suppression by the Jewish authorities. He was also a scholar of the highest caliber, which made him capable of making the argument for covenant extension to the Gentiles from a perspective within Judaism itself, once he came to recognize the truth of Christianity.

All of this made Paul a particularly effective instrument in the final part of the early phase of the Church’s foundation. But, the failure of the Jewish people as a whole to recognize what Paul had come to see so clearly remained a mystery to him. In this text from Romans, he makes clear that although the reasons for this remain shrouded, the “call of God” for the Jewish people remains intact. They are not abandoned, they are not excluded from God’s plan, any more than the Gentiles had been excluded from God’s plan for Israel. It remains a plan for all people.

As already noted, God’s plan for the human race has been from the beginning a universal plan, intended to include all. And so, it might seem rather odd that Jesus, who is the personification of that plan, should seem at first so standoffish toward this Gentile woman who appeals to him for help. The key to understanding this text lies in the fact that, as Jesus makes clear, at this stage in the fulfillment of that plan, his primary mission is for “the lost sheep of the house of Israel.”

Jesus gives clear indications that his saving work will find greater extension in episodes like this one with the Canaanite woman and in chapter 4 of John’s Gospel, where he discloses his mission and identity to the Samaritan woman at the well. These non-Jews receive remarkable favors from Jesus that are credited not to national origin but to faith. But Israel must be courted first, because, as he tells the Samaritan woman, “Salvation is from the Jews” (John 4:22).

Jesus doesn’t disclose the full extent of the divine plan at this early stage because it would have introduced an obstacle to his disclosure of that plan with regards to the Jews. They are the children who need to be attended to first so that they can lead others to him. Jesus calls the Canaanite woman a “dog” because the Jews used this term to indicate the barbaric practices of the Canaanite people. It is less an insult than an indicator of the outcast position of the woman. Note that she acknowledges the sins of her people in asking for his aid.

Persistence in prayer can bear much fruit. Please watch the short 6-minute video on today’s Gospel reading on FORMED.org, which offers one great example of someone whose persistence with the Lord was rewarded.

According to the presenter, why did Jesus initially refuse the woman’s request to heal her daughter?

What does Jesus say is the reason he was willing to grant her request?

DIGGING DEEPER: Even the Puppies

The Greek word used for dogs in this parable likely isn’t the standard word for an outside dog running in the streets, but rather is a diminutive meaning something more like a pet or a puppy. When the woman says to Jesus that even the dogs get the crumbs, she is using the image of a household pet, begging at the table. The whole exchange, rather than being as harsh as it sounds in English, has a more playful tone about it.

I’m Deacon Eric and my wife, Kathy, and I are new to Livermore and St Michael.... END_OF_DOCUMENT_TOKEN_TO_BE_REPLACED

Here are just a few things your donations have... END_OF_DOCUMENT_TOKEN_TO_BE_REPLACED