A New Year: The First Sunday in Advent 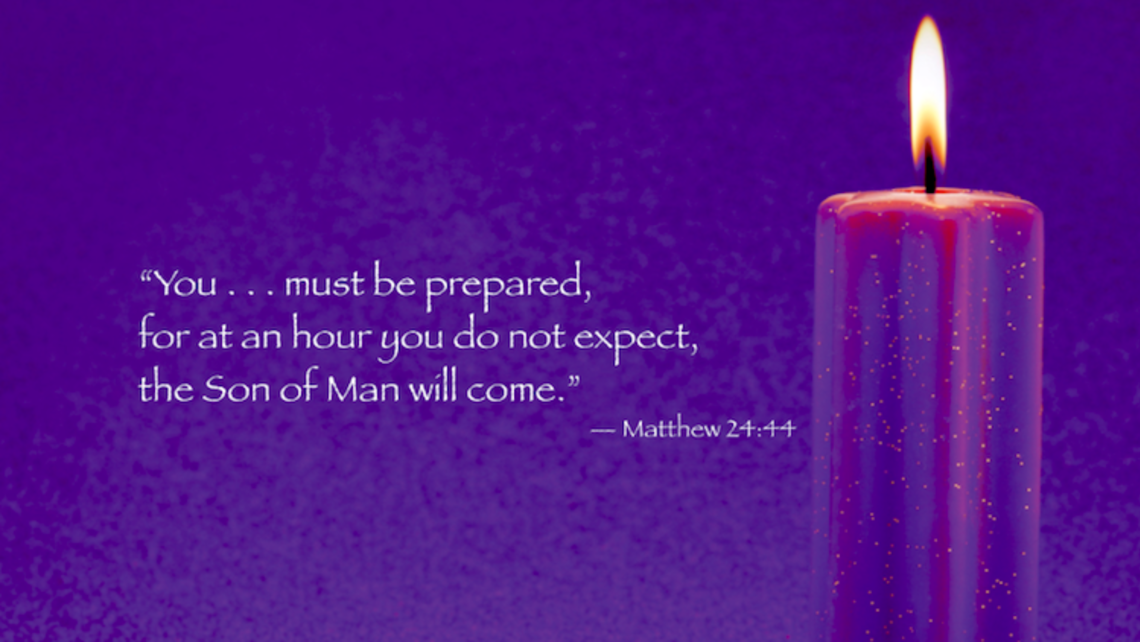 Reflection on This Sunday's Mass Readings

All the peoples shall stream toward the LORD'S house (Isaiah 2:1-5).

The Jews were accustomed to the idea that the blessing of Israel would mean the blessing of all nations. Israel was strategically located between the two great seats of power in the ancient world, Egypt and Mesopotamia. That meant that the vital arteries of trade crossed through Palestine, making it more influential than its own power or wealth would otherwise suggest. Jerusalem and its God were well- known throughout the region and beyond. Judaism’s radical monotheism was an oddity in the ancient world and earned the admiration of many seekers of truth beyond the borders of Israel.

So that Isaiah should say “All nations shall stream toward it” and “from Zion shall go forth instruction, / and the word of the LORD from Jerusalem” wouldn’t surprise Jews. Rather, it would directly connect with the understanding of their important place in the plan of God. Only if we fall into the common misconception of Israel’s historical insignificance are we surprised by the Christmas story. To those who honestly seek the truth and who are attentive to the signs of the times in any age, the surprises of God are easier to spot and embrace.

In this letter, St. Paul gives us what could be a catalog of our vices of today: carousing, drunkenness, sexual excess and lust, quarreling, and jealousy. That the Christians of an increasingly debauched Rome should be warned of the same sins by which we are tempted shouldn’t really surprise us. These aren’t simply the sins of ancient Rome or modern America; they’re the sins that plague people of every time, place, nation, and race.

The time in which we’re now living is the dispensation of grace in Jesus Christ, that time between his first coming and his second. In every time and place, wakefulness is the primary posture of those who search for God; wakefulness against temptation and for his visitation. We always stand at that moment when, “The day is at hand.” In the Advent season, we practice our wakefulness with particular attention. We turn the events of God’s past saving actions, and particularly those of the Nativity, over in our minds so as to engrave the outlines of his modus operandi; his way of acting in our souls so that we might not be caught unaware at his next visit. As Christians, we always live at the border, between the long night of sin and the eternal dawn.

This is the way that he describes the attitude of those who were swept away in the flood at the time of Noah. Their mistake was in being unconscious of God in the midst of ordinary activities. Jesus heightens this warning as he describes the time of his second coming in verses 40 and 41. Certainly nothing suggests sin in either activity, yet one will gain an everlasting reward and the other not. What separates the two destinies? In a word—wakefulness. It isn’t for us to know when the Lord will come, but we need to be aware that he will come. We’re called to live in a state of wakefulness, of spiritual attention. Like the homeowner who doesn’t know exactly when the thief will come testifies to the fact that he must “keep a watchful eye,” the Lord for whom we wait tells us, “You also must be prepared.”

In today’s Gospel, we are told, “So too, you also must be prepared, for at an hour you do not expect, the Son of Man will come.” Let’s now contemplate that passage in prayer.

Take a deep breath and close your eyes. Allow yourself to become still. Now imagine that you have just learned that you are going to die very soon. What is your first thought? What is your first feeling? Hold that thought and the feeling as you take another deep breath. Now see Jesus talking directly to you. Hear him say, “There is still time. Wake up! Stop sleeping your life away!” What areas of your life come to mind as you hear Jesus? Now see him gently touching you on the shoulder and saying, “You have time. So stay alert. Go and….” What is he asking you to do? Listen carefully for his guidance.

During this first week of Advent, choose one activity that will take you out of the “slumber” of commercialism and busyness, and “awaken” a new zeal for the faith. You might attend daily Mass one morning, pray the rosary over the noon hour, or read Scripture instead of watch TV. Make a choice based on what you heard Jesus tell you to do during our prayer time.

Reflection by Opening the Word and reprinted with the permission of Augustine Institute.  The accompanying video lecture is available free at Formed.org.

The Filipino Block Rosary Crusade has been a Livermore tradition since 1977.

Throughout October, a traveling statue of our Blessed Mother “visits”... END_OF_DOCUMENT_TOKEN_TO_BE_REPLACED