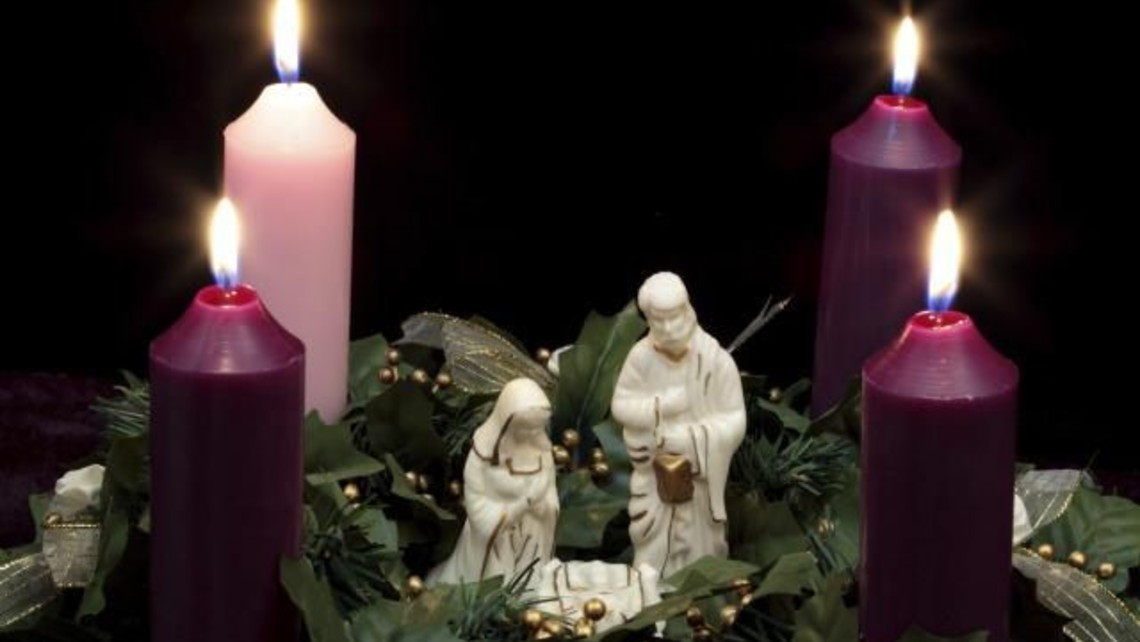 Reflection for the Fourth Sunday in Advent

When we are asked to entrust our  lives to someone, we should consider whom we are entrusting them to very carefully.

Many of us entrust our lives to our spouses, but not before careful discernment, time, and prayer. Have you ever considered entrusting your life to God? Have you gotten to know him through Scripture, the Church, and prayer in a way that allows you to surrender your life to him? Today we will read about two people who entrusted their lives to God in radical ways—David and Mary. Will we also accept the Lord’s invitation to surrender to him this Christmas season?

In the readings for the Fourth Sunday of Advent, the Church focuses on the fulﬁllment in Christ of the Davidic covenant. In this reading from 2 Samuel, we see David ascend as king in the holy city of Jerusalem after the fall of Saul and the defeat of the Jebusites who had controlled the city. The peoples who had stubbornly held onto portions of the land promised to the Twelve Tribes had ﬁnally been vanquished.

Once David had conquered the city hallowed by the oﬀerings of Melchizedek and Abraham, his thoughts turned naturally to the fulﬁllment of the rest of the prophecy of Deuteronomy 12—a permanent place of sacriﬁce requires a permanent house of sacriﬁce, i.e., a Temple.

But God will not be outdone in generosity. In eﬀect he says to David: “You needn’t build me a house (meaning a temple), I will instead build you a house (meaning a royal dynasty), and it shall remain forever.” David, taken by God from tending sheep, will become the progenitor of the enduring royal Davidic line. David assents to the plan of God, which is as big as the whole of human history and as broad as the whole human race. The Lord intends not simply to give a name, a blessing, a land, and rest to one man or even one nation. We ﬁnd in Christ that he intends to dwell with the whole of the human race in his Church. Jesus is the perfect completion of God’s covenant faithfulness; he is Emmanuel. As “God with us,” he remains with us in his Church until the end of time.

In these closing verses from St. Paul’s letter to the Romans, the Lectionary supplies a perfect bridge between the First Reading and the Gospel: he preaches Jesus Christ, “according to the revelation of the mystery kept secret for long ages but now manifested through the prophetic writings.” Indeed, the prophets and the covenantal promises of God made ages ago are fully revealed only through the Gospel of Jesus.

As Catholics, we see the two Testaments as really one story that has Jesus as its subject: in symbol and prophecy in the Old and in person in the New. On this topic, the Catechism of the Catholic Church quotes Hugh of St. Victor: “All Sacred Scripture is but one book, and this one book is Christ, ‘because all divine Scripture speaks of Christ, and all divine Scripture is fulﬁlled in Christ’ ” (CCC 134).

Luke carefully recorded the Annunciation scene in his  Gospel to illustrate the ultimate fulfillment of the greatest promises of the Old Testament. In saying that Gabriel goes to “a virgin betrothed to a man named Joseph of the house of David,” Luke is alluding to the unforgettable prophecy that Isaiah gave to the house of David: “A young virgin shall conceive and bear a son, and shall call his name Immanuel” (Isaiah 7:14). Immanuel means “God with us,” and thus this child of Mary is nothing less than the presence of God himself as foretold by Isaiah.

Gabriel also tells Mary that her child will inherit “the throne of David his father . . . and of his kingdom there will be no end.” The angel’s declaration is an explicit claim that the great promise made in God’s covenant with David has now been fulﬁlled. In the First Reading, the Lord promised David: “I will raise up your heir after you. . . . Your house and your kingdom shall endure forever.” This is the promise of promises for the Jews. It meant that they would one day have a king whose kingdom would last forever. After promising David that one of his descendants would rule over an everlasting kingdom, God tells David, “I will be a father to him, and he shall be a son to me.” In the fulﬁllment of that promise, the angel tells Mary that her son will be called the “Son of the Most High.”

We are often uncomfortable with the idea of submission. It requires a death to self and entrusting someone else with our happiness and well-being. We tend to guard these things and seek to control anything involving our happiness. However, Mary is the ultimate example of submitting one’s life to the Lord. As she goes about her daily life, the Lord proposes a radically diﬀerent path for her. Rather than trying to control the situation, she bows her head and accepts the Lord’s will wholly and trustingly. Can we too submit to God’s plan? Can we submit our lives to a plan that may involve sacriﬁce and suﬀering as we journey toward Heaven?

Watch the short Opening the Word video on FORMED.org.  Lucas Pollice highlights for us the radical event that took place at the Annunciation.

As we enter into the last moments of the Advent season, are joy and hope reigning in your heart? Have you lost track of the joyful anticipation for Christ’s coming during this “busy” season?

Today, we read about Mary being surprised by God and submitting to his plan for her life. How has God surprised you? Have you welcomed this surprise with faith in his plan or clung to your own way?

“By faith, man completely submits his intellect and his will to God...To obey (from the Latin obaudire, to ‘hear or listen to’) in faith is to submit freely to the word that has been heard, because its truth is guaranteed by God, who is Truth itself. Abraham is the model of such obedience offered us by Sacred Scriptures.  The  Virgin  Mary  is  its  most perfect embodiment.”

Phase 1 of our Asphalt Maintenance Project was repairing and restoring our church parking lot. We are happy to... END_OF_DOCUMENT_TOKEN_TO_BE_REPLACED