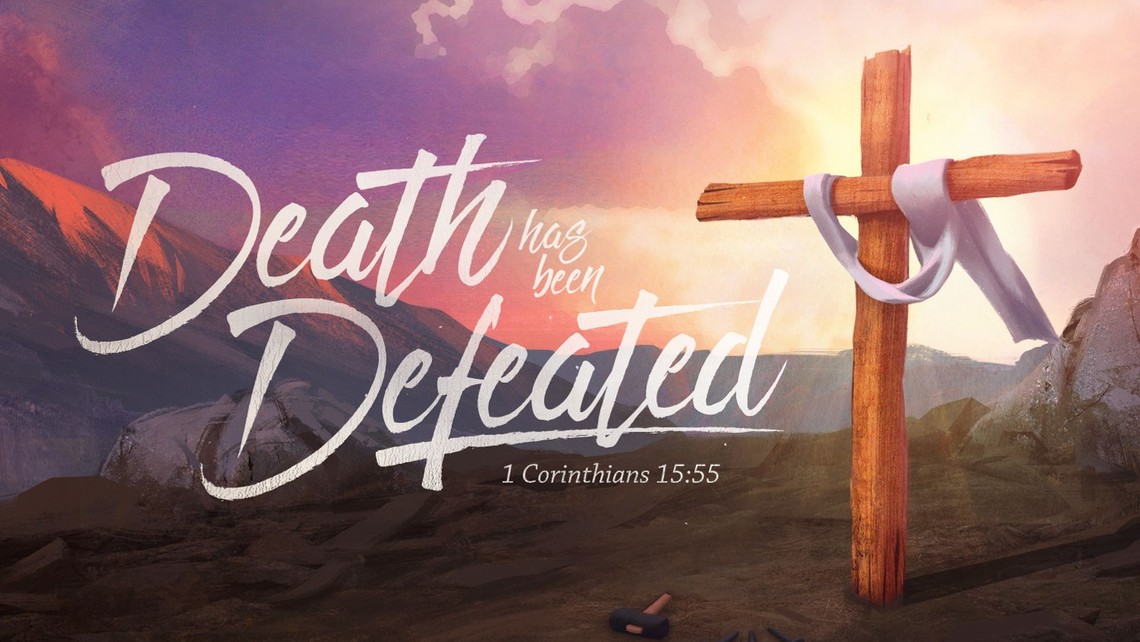 On the first Easter, it seems as if practically everyone but the enemies of Jesus had forgotten that he said he would rise on the third day.

In the Gospel accounts, only those who opposed Jesus are reported as remembering that he predicted his death and resurrection. They assumed that his followers would also remember and attempt to steal his body as “proof ” that he had risen from the dead, so they asked the Romans to post a guard at the tomb. They need not  have bothered since the disciples had apparently forgotten—or completely misunderstood—what Jesus had told them over and over. Instead, the fearful Apostles were in hiding, and the women were planning to anoint a dead body.

However, just as the failure of those closest to Jesus to believe in his Resurrection led to the proclamation of the Jesus's living presence throughout the world, so can we grow in faith and trust in his living presence as well. Though the mysteries of the Faith are not readily understood, we should ask for the grace to believe--to grow in the virtues of Faith, Hope, and Charity. With these gifts, we have the power to recognize the importance of the Resurrection, and how it can transform our lives. Alleluia, he is risen. He is risen indeed.

Sometimes we say that we believe Jesus rose from the dead without really thinking about what we are saying. Take some time to prayerfully consider what it means to you in your daily life that Jesus has truly conquered death and is alive.

This reading, which gives us a proclamation of the Easter mystery by St. Peter from the Book of Acts, surprisingly, is not an Easter sermon. It is delivered sometime after the experience of the Resurrection to a group of Gentiles who have asked Peter to tell them the Gospel. Cornelius, the head of the household that St. Peter is addressing, says, “Now therefore we are all here present in the sight of God, to hear all that you have been commanded by the Lord” (Acts 10:33, RSV: 2CE). This verse, which just precedes our first reading from the Lectionary, perfectly reflects the attitude that we ought to express when we come to this Holy Eucharist on the liturgical feast of Easter each year.

We are even further in time from the events of which Peter speaks than were Cornelius and his household in Caesarea. Yet, those events are made present to us through “witnesses,” as St. Peter calls the Apostles. And the heirs of those witnesses, the bishops of the Church and their co- workers, our priests, echo that witness in the celebration of the Sacraments. In the Mass, Christ's sacrificial offering is made present to us in its original power and glory. What Peter preaches and that which we celebrate at Easter Mass is not merely history, but a timeless mystery of Christ’s saving work, which is still very much with those of us who even now “receive forgiveness of sins through his name.”

All who are baptized, set your hearts in heaven (Colossians 3:1-4)

St. Paul’s Epistle to the Colossians, recalls the way that we are united to Christ through Baptism. His death and rising are the realities that we enter when we go down into the waters and rise up out of them as new creatures in him. Here St. Paul tells us that if we are united with Christ in his dying and rising, we are also united with him in his Ascension to the right hand of Glory! Through Baptism, we also live in glory, though we operate down here on earth. In the Eucharist, God's glory becomes manifested to us, and we participate in it.

There is so much to consider in this Gospel passage;  even the first few words give us a whole world of things to ponder. “On the first day of the week,” we are told, “Mary of Magdala came to the tomb early in the morning.” As already noted, the first day of that week in that year was the feast of First Fruits. Again, St. Paul calls Jesus the first fruits of those who are to rise from the dead. That means that we are part of the full harvest, of which Jesus is the first fruits. According to the Jewish practice, that full harvest of which the feast of First Fruits was but a promise, came on the harvest feast of Pentecost, fifty days after. As we know from Acts 3, on Pentecost the Holy Spirit fell on the apostles and disciples, bringing a great harvest of souls (three thousand, in fact).

The “first day” is also saturated with meaning on other levels. Jesus had rested in the tomb on the old Sabbath of Israel. Just as the Creator God had rested after his week’s work of making the world on the seventh day, Jesus, who has re-created the world by his Passion week, rested in the sleep of death on that Sabbath. Now, he rises to new life on a new first day, as a sign of the first day of the first creation, the day when God had made light, and of the new creation he has worked in his Paschal Mystery. Just as the light dawns on the new creation, Mary's arrival early in the    morning is a sign of the new light and life that this Easter brings.

The mystery of Christ’s Resurrection is a real event, with manifestations that were historically verified, as the New Testament bears witness. In about A.D. 56, St. Paul could already write to the Corinthians: “I delivered to you as of first importance what I also received, that Christ died for our sins in accordance with the scriptures, and that he was buried, that he was raised on the third day in accordance with the scriptures, and that he appeared to Cephas, then to the Twelve…” The apostle speaks here of the living tradition of the Resurrection, which he had learned after his conversion at the gates of to Damascus.       —CCC 639

Here are just a few things your donations have... END_OF_DOCUMENT_TOKEN_TO_BE_REPLACED

that integrates modern principles of psychology and... END_OF_DOCUMENT_TOKEN_TO_BE_REPLACED