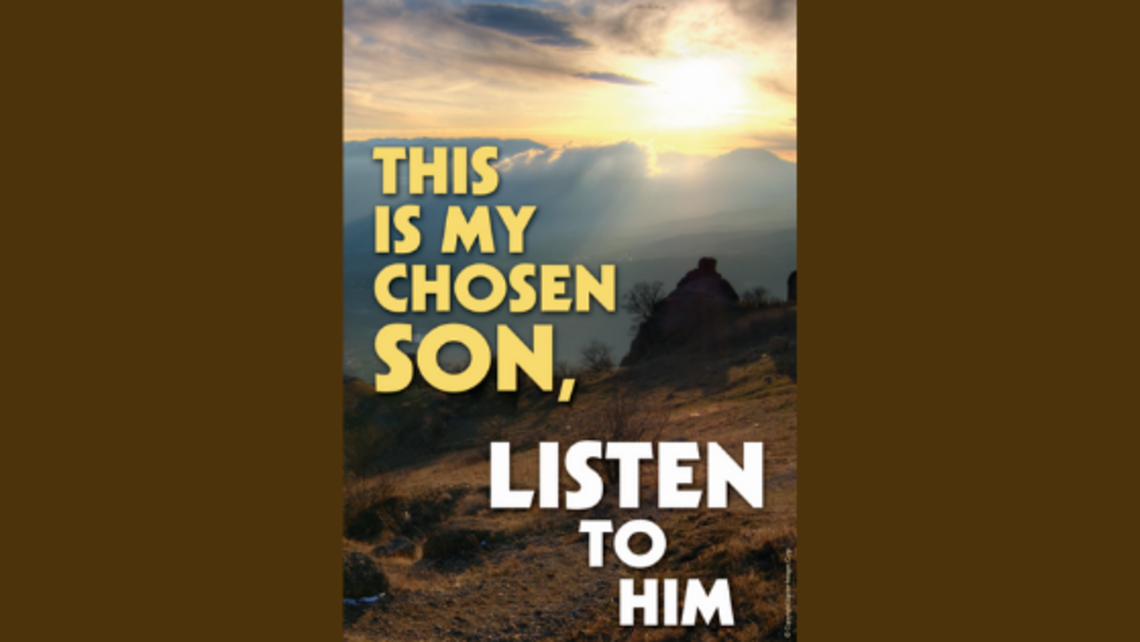 Unpacking the Readings for March 17

Consider today’s Gospel reading from the perspective of the apostles Peter, James, and John.

What an amazing experience it must  have  been for them to witness the Transfiguration!

Jesus singles these men out to join him as he ascends a mountain to pray. When they reach the summit, they see their master like never before. Jesus’ face changes and his clothes become dazzling white, as Peter, James, and John catch a glimpse of his glory.

They also see Jesus conversing with two of the most famous men in Israel’s history: Moses and Elijah. These men represent the two key parts of the Old Testament: Moses, as the author of the Torah, represents the Law; and Elijah, a great prophet, represents the  Prophets.  Together,  their  presence  at  this  moment  of  Jesus’  transfiguration symbolizes how the entire  Old  Testament—the  Law  and  the  prophets—finds  fulfillment  in Christ.

Finally, Peter,  James,  and  John  hear  a  heavenly  voice—the  voice  of  God  the  Father—say to them: “This is my chosen Son; listen to him.” This mysterious event continues to have spiritual application to our lives today. Like the three apostles, we are called to ascend with Jesus every time we pray. And in prayer with our Lord, we are called to seek his glorious face and listen to him.

In this dramatic scene in the life of Abraham (here still called “Abram”), God promises Abram that his descendants will be as numerous as the stars of the sky. There is, however, a subtle shift in the story found in verses 13-16, and they’re missing from this reading.

There are two promises made to Abram, one of offspring and the second of land. Abram trusts God to supply him with offspring. But when God promises him the land he’s wandering in, Abram questions him, rather than trusting in faith. So the Lord sets up a demonstration of his intention to make a covenant with Abram by asking him to cut three animals in half as an act of trust.

At this point our reading moves to the confirmation of the covenant in verse 17, but misses the prophecy in verses 13-16, the exile into Egypt. This is confirmed further by the prophecy that his descendants wouldn’t come out of Egypt until the “fourth generation,” which is the number of generations required to expiate a sin. Therefore, we must conclude that Abram’s doubting response to God’s promise of land was a sin against faith.

Those who are set upon “earthly things” bring tears to the eyes of St. Paul in this second reading. Paul asserts that Christians are citizens of heaven, even while still in the world. Just as today a country can insist on the proper legal protection of one of its citizens even when that citizen is in a foreign country, so in the ancient world, one’s citizenship followed one around. Paul’s point is that it’s foolish to renounce our heavenly citizenship. Although he had never been in Rome,

Paul was a holder of Roman citizenship because he was from the city of Tarsus, whose citizens had been granted honorary citizenship by Rome. As such, he was afforded generous treatment by the Roman governors, who kept him from harm.

By virtue of the gift of our heavenly citizenship, we have a claim to a share in the glory of Christ who reigns there at the right hand of the Father. In a sense, we’re already citizens of that heavenly city, although, as was the case with Paul and Rome, we’ve never been there. As members of the Body of Christ we’re already mystically present with him in heaven!

That’s the significance of Moses and Elijah miraculously appearing to Christ and the disciples? The common interpretation is that Moses symbolizes the Law and Elijah the Prophets. Their association with Jesus on Mount Tabor suggests that both the Law and the Prophets are fulfilled in Jesus Christ. Luke has carefully crafted the narrative of this event to illustrate the relation of Jesus to the Law.

The narrative art Luke has employed in bringing together the events of Sinai and the Transfiguration is not only subtle, but amazing. The theological point that Luke is making is that Jesus is the new Moses and the new Law. Just as the theophany of Sinai revealed God’s Law as the basis of the Old Covenant, so at Tabor God the Father reveals his Son, the heart of the New Covenant. The way of the Old Covenant was to follow the Law; the new Way is to follow Jesus. For Christians, Jesus is the manifestation of God, the new Moses, and the New Law.

First, watch the short Opening the Word video found on the Community tab on FORMED.org.  Then with friends or family, reflect on the following questions:

In the Gospel reading for this week, we are told that Jesus took Peter, John, and James with him up Mount Tabor to pray. Why do you think Jesus took these three with him this time when he often went out alone to pray?

The Gospel passage makes it clear that the Transfiguration took place within the context of prayer: “While he was praying, his face changed in appearance and his clothing became dazzling white.” Jesus’ appearance was changed while he was praying. What kind of changes have you experienced in your life as a result of prayer— either while you have been praying or after you started to cultivate a habit of prayer?

Digging Deeper: God’s Thirst for Us

The Catechism of the Catholic Church gives a beautiful description of prayer as a thirst—God’s thirst for us meeting our thirst for him:

“If you knew the gift of God! The wonder of prayer is revealed beside the well where we come seeking water: there, Christ comes to meet every human being. It is he who first seeks us and asks us for a drink. Jesus thirsts; his asking arises from the depths of God’s desire for us. Whether we realize it or not, prayer is the encounter of God’s thirst with ours. God thirsts that we may thirst  for  him.”  —CCC  2560

Phase 1 of our Asphalt Maintenance Project was repairing and restoring our church parking lot. We are happy to... END_OF_DOCUMENT_TOKEN_TO_BE_REPLACED