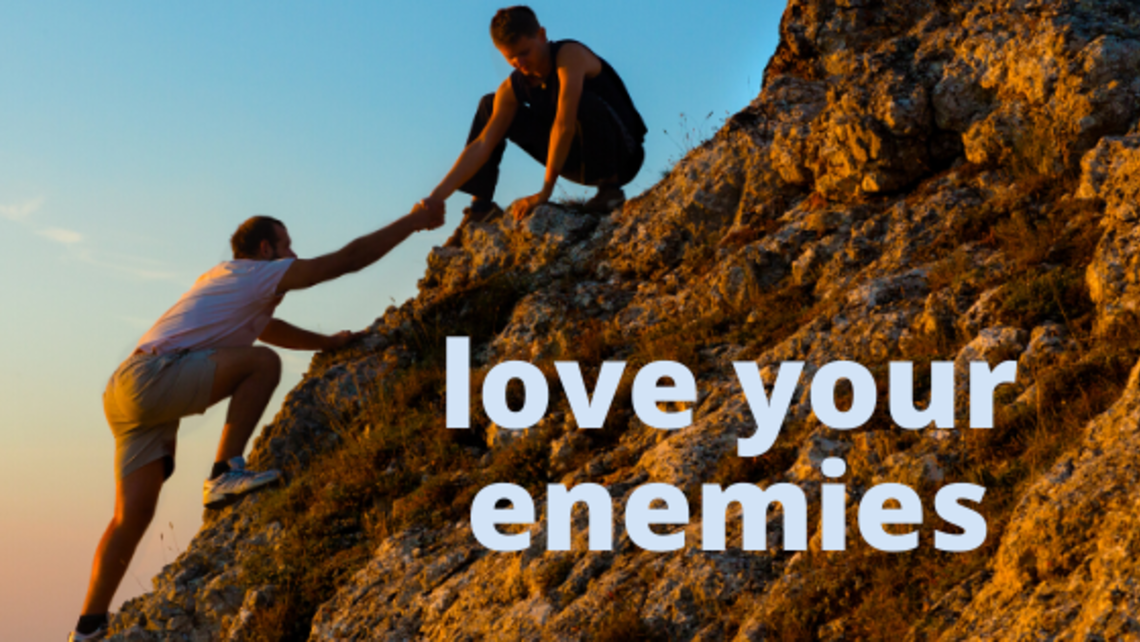 Unpacking the Mass Readings for February 23

Several of them are extraordinarily difficult for us to understand, much less put into practice. Two of these are the famous “turn the other cheek” and “love your enemy” admonitions. To understand what Jesus is saying and what it means to us today, we first need to understand the context in which Jesus is speaking.

He is addressing the Jews, the Chosen People. They have been given the truth  about the one God and  God’s  commandments in the Law. God entered into a special relationship with them because God wanted them to be the means by which these truths were conveyed to the entire world. Many Jews in the first century, however, saw non-Jews, i.e. the Gentiles and especially the Romans, as enemies. They distanced themselves from the Gentiles and some fought against their Gentile oppressors. But Jesus calls the Jews to love their enemies—to love the very Gentiles who have lived an immoral life far from God and have inflicted so much suffering on the Jewish people.

One way of understanding what Jesus is saying about the need to love your enemy is to think of an iron bar. In order to bend it, you first must heat it. In the same way, if you want to move people and convert them, then you need to apply the heat of love. We can never change the world simply with the iron bar of stating the truth. The proclamation of the truth must be imbued with love.

If we merely announce the truth about such things as abortion and marriage, but we do so without loving the people we are speaking to, then it won’t make much difference. They will not change. If we want to convert a pagan, or someone from the secular culture, then we must do so by first applying the radical kind of love Jesus proposes in his teachings.

Our passage, addressed to Moses, begins, 'Speak to the whole Israelite community and tell them: Be holy, for I, the Lord, your God, am holy.” This code expands on the Ten Commandments and describes the parameters of just relationships amongst the Israelites, as well as between the Israelites and the foreigners that entered their land. Leviticus 19:18 says, “Take no revenge and cherish no grudge against any of your people. You shall love your neighbor as yourself. I am the LORD.” It’s understandable that an Israelite would interpret this to mean that although he was to love his neighbor, it was permissible to hate his enemy, as Jesus remarks in Matthew 5:43.

It’s true that the Israelites were told to love foreigners, but only when they became resident aliens in the land of Israel. Those beyond the land were considered to be beyond the reach of the Law. The lack of specificity about how to treat those who weren’t Israelites made this question worth posing to Jesus. “Be perfect,” Jesus says, just as Leviticus said, “Be holy.” That’s the end toward which God has always aimed: our holiness. A clear mark of holiness is love of neighbor, friend, and foreigner.

In this passage, St. Paul says that we are temples and that “if anyone destroys God’s temple, God will destroy that person.” This may at first sound like a threat of revenge against those who make themselves enemies of Christians. But if we compare this passage with 1 Corinthians 6:18-19, we could also suggest that it is a warning to Christians themselves not to desecrate their own bodily temples by sin. In Romans 12:1, Paul calls on Christians to “offer your bodies as a living sacrifice, holy and acceptable to God.” In so doing he completes the transference of the temple image to us. As Jesus’s body was both the temple and sacrifice of the New Covenant, so our bodies are both temples and sacrificial offerings as part of our participation in that Covenant

Talking about bodies being temples and sacrificial offerings might sound like nonsense to the worldly-wise. The world considers terms like “holiness” and “sacrifice” to be virtually meaningless. St. Paul counsels against that kind of worldly calculation. If that is wisdom, he warns, then we’d better be fools for Christ. Believing that Christ is the center and meaning of human history, we’d be foolish not to try to conform ourselves to his example.

In this passage, the connection between the Torah, the Old Law, and the New Law in Christ is even more pronounced. Jesus says five times (the number of books of the Old Law) you have heard the commandment…” and  then extends, tightens, or strengtens that law by phrasing it in a new commandment. Jesus is clearly acting as the voice of the Law as had Moses.

If we look at the sources for the commandments of the Old Law that Jesus cites, we see that he's not just quoting Moses. In each case where Jesus is citing the Old Law, he makes reference to a direct command from God himself. The first two references are from the Ten Commandments, but the last three are from the Levitical code. Each of those commands in Leviticus closes with the phrase “I am the Lord” or “I, the Lord, am your God.” By citing and then changing these commands of Yahweh, Jesus is implicitly saying the same thing, “I am the Lord.” Only the Lord could change his law. Matthew thereby shows us that Jesus isn’t merely a new Moses, but the God who spoke through Moses and who has the authority to promulgate a New Law.

Please watch the short Opening the Word video on FORMED.org about one of the hardest teachings of Jesus—the command to love our enemies.  Then reflect upon and discuss these questions with a friend:

How did the Jews of Jesus’s time view non-Jews in general, and Romans in particular?

The presenter, Tim Gray, uses the example of iron to explain how we should treat our enemies. What does he say, and how does that relate to Christian truth?

According to Roman military law, soldiers had permission to force civilians to carry equipment or even personal items for one Roman mile (4854 feet). This sheds light on Jesus’s teaching about going for two miles. For a Jew in the first century, this teaching would be shocking. It meant that if a Jew was coerced into that service by a Roman soldier, he or she should perform an act of generosity and service for him and go twice as far as required. Jesus’s teaching inspires us today to perform extra acts of love, service and kindness toward those who frustrate us or hurt us—those “enemies” in our lives whom we may rather avoid.

Before Advent, there lies before us the Solemnity of Christ... END_OF_DOCUMENT_TOKEN_TO_BE_REPLACED

What will our Thanksgiving, Advent and Christmas be this year? With the continued rise of COVID-19 infections still casting... END_OF_DOCUMENT_TOKEN_TO_BE_REPLACED