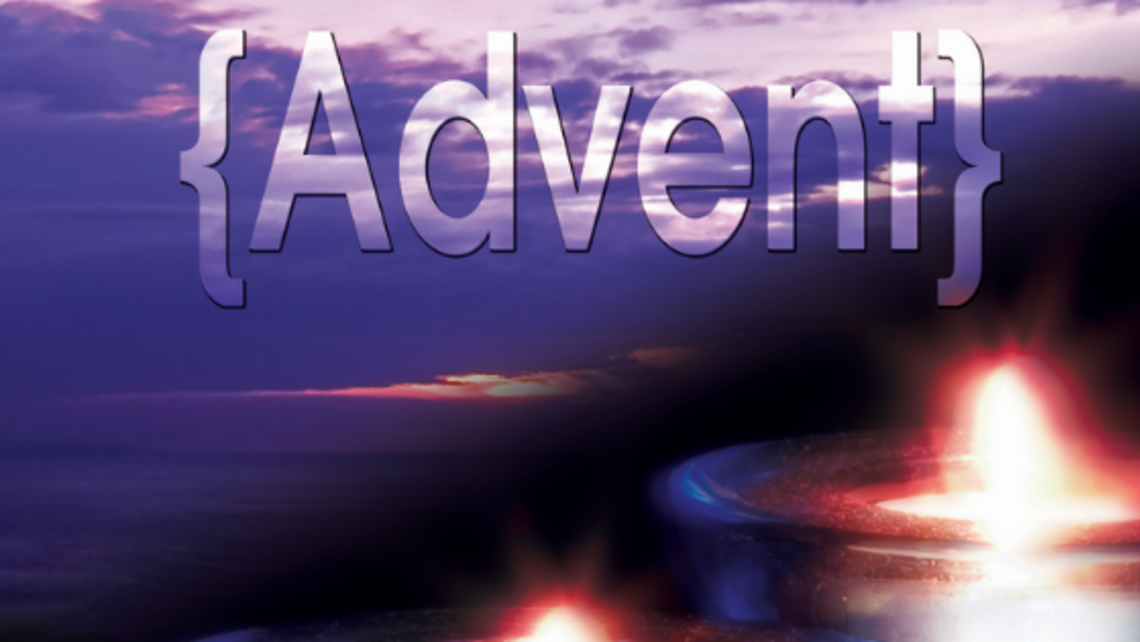 Scripture Reflections for the First Sunday of Advent

The first Sunday of Advent marks the beginning of a new liturgical year and also a beginning for our own lives.

So why does the Gospel reading for this day focus on endings, talking about the sun and moon darkening and the stars falling from the sky? These don’t seem like very positive images, especially coming as they do right at the holiday season. Just when we are supposed to be preparing to celebrate Jesus’ birth as the Messiah, we hear about what many Christians interpret as signs of the end of the world. What’s going on here?

What we need to understand is that inherent in every beginning is also an ending. The Jewish believers who first heard Jesus make this prophesy would have understood its deeper metaphorical meaning, not that the literal End of Days was at hand, but that the world was about to experience an ending to an old way of life and the beginning of new life marked by hope and encouragement. They would have heard these words and remembered their own salvation history, how God brought down mighty kingdoms and raised up his people. They would have seen them as a sign of God’s power and rejoiced, not just in what God has done in the past, but also in what he is doing in the present time.

That’s the message we are supposed to get from these readings as well. Yes, we are told, we will have to endure suffering in this life, but the Son of Man,  Jesus himself, has come into the world to transform and rescue us. The images we are shown are intended to give us encouragement, to bolster our faith and restore our confidence that God is working through the trials of our lives to set all things right. They are meant to give us hope that the Son of Man, who came once in the fullness of time, will come again in glory to make all things new.

Jeremiah’s prophecies announced judgment and curses upon Israel for her unfaithfulness and ultimately led to his imprisonment. While in prison, he prophesied that “days are coming” when Israel would be renewed and restored. God would fulfill his promises and “raise up for David a just shoot.” The “shoot” of David refers to a descendent of David who would inherit the Davidic  throne.

His prophecies were fulfilled almost six hundred years later with Jesus’ birth. Jesus is the reestablishment of the Davidic Kingdom in Israel. Advent is a time when we remember how the Jews waited for hundreds of years for the fulfillment of God’s promise and Israel’s restoration. That began with the birth of Christ. Like Israel, we, too, await Christ’s birth in the hope of being renewed and restored.

Having received a good report from Timothy about the virtues of the Christians of Thessalonica, Paul isn’t satisfied, however, that they’ve remained as he left them. He prays fervently that they might “increase” and “abound in love” (3:17) and insists “we urge you brothers, to progress even more” (4:10). That is the mandate the Church gives to us at the beginning of the Liturgical Year.

There’s no standing still in the spiritual life; one is either making or losing progress; there’s no middle ground. Each new year presents us with the chance to make progress. If we don’t gain more in the year to come than we did in the last, we will have lost ground. Paul’s words ought to move us to give special attention to where we are going as we enter into the Advent season and new Liturgical Year.

This week’s Gospel reading is frightening in many ways. We have a presentation of the Second Coming of Christ that sends shock waves through all of creation. We’re told that “[men] will die of fright in anticipation of what is coming upon the earth.” Our first inclination is to ignore the stronger language in this reading. But our faith includes the whole of the Gospel, which means “good news.”

This doesn’t mean that we should live in fear of God, but rather it reminds us that fear of the loss of God is the beginning of real living. Jesus promises that whoever seeks will find. If we seek sin we get sin; if we seek God we find him. We ought to fear offending God because it can only bring us harm. Keeping God’s commands is an important part of seeking and loving God.

Jesus is saying that those who haven’t used their capacity to fear properly by fearing sin will be incapable of using that emotion properly at the Second Coming. They’ll fear him whom they should love: God. All the frightful events that Jesus mentions in connection with his Second Coming will be greeted with joy by those who seek him.

Even though Advent is supposed to be a time of hope and new beginnings, it is often one of the most stressful times of the year. We feel pressure to make the holidays “perfect,” and we can get caught up in the frantic pace of errands and shopping. However, the readings for this first Sunday are intended to get us to stop and think about what’s really important.

Watch this short Opening the Word video that refelcts upon these readings. Discuss these questions with a friend or as journal entries this week.

What are some ways that you might resist the cultural temptations to “do more” and instead focus more on “being present to the Lord” during these weeks?

What do people tend to get the most worried and discouraged about during this season? Why do you think this is?

How can today’s Gospel reading instill hope in Christ’s followers, particularly during this Advent season?

What can you do to create a feeling of hope in your own life and in your family?

The Coming of God’s Son

“The coming of God ’s Son to earth is an event of such immensity that God willed to prepare for it over centuries. He makes everything converge on Christ: all the rituals and sacrifices, figures and symbols of the “First Covenant.” He announces him through the mouths of the prophets who succeeded one another in Israel. Moreover, he awakens in the hearts of the pagans a dim expectation of this coming.” —CCC 522

We are blessed at St Michael’s to have Jesus, present in the Eucharist, exposed on the altar in our Perpetual Adoration Chapel, 24/7.  Prayerfully consider signing up for an hour each week by emailing Adoration@StMichaelLivermore.com

Phase 1 of our Asphalt Maintenance Project was repairing and restoring our church parking lot. We are happy to... END_OF_DOCUMENT_TOKEN_TO_BE_REPLACED