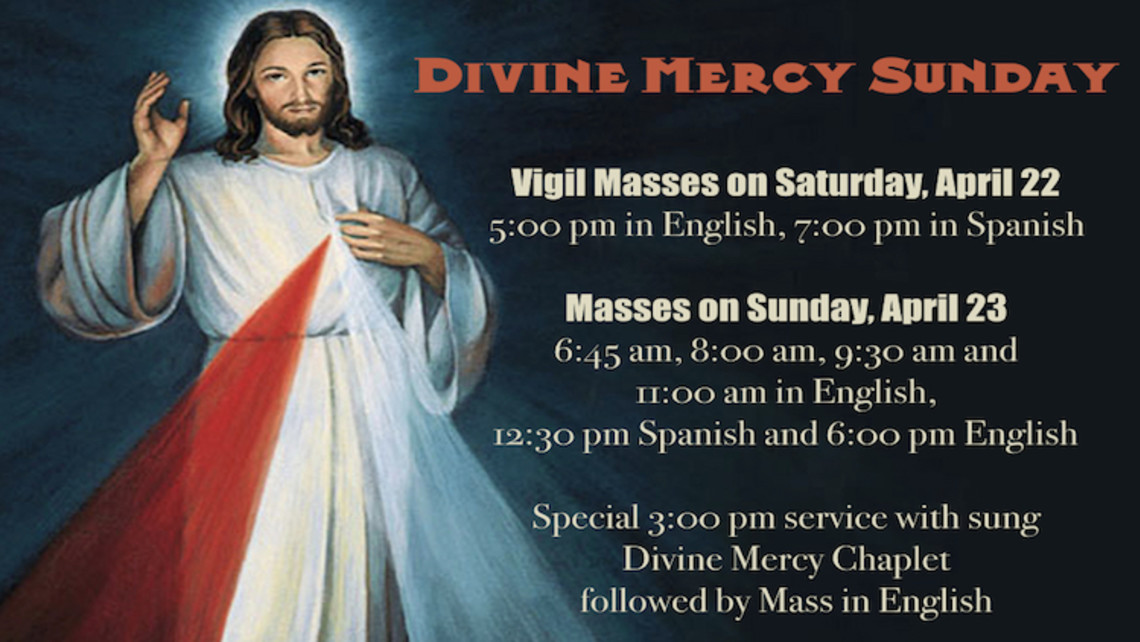 The second Sunday after Easter is designated Divine Mercy Sunday.

It’s a recent feast in the Church, instituted in 2000 by Pope St. John Paul II. He felt that immediately after Easter, while the Paschal mysteries were fresh in our hearts, we needed an opportunity to reflect more deeply on God’s great mercy manifested in the Resurrection.

So how does this feast fit with the Gospel reading of Jesus’s appearance in the Upper Room? When the reading begins, the disciples are hiding in fear for their lives, certain that the officials would be coming to get them just as they came for Jesus.

Compounding their fear is the recognition that they had abandoned Jesus in his hour of greatest need. They are scared, disgraced, and guilty. At that very moment, who should enter into their sorrow and shame but Jesus himself. Jesus comes, despite the locked doors, to stand in their midst, offering them both peace and mercy. In addition, he tells them that through the power of the Holy Spirit, they, too, will have the ability to extend mercy by forgiving sins.

Today, through our priests who have been ordained in apostolic succession, we, too, can receive mercy and forgiveness. All we need to do is repent and trust in the mercy of God. Indeed, today’s feast invites us to trust that no matter what wrong we may have done, Jesus loves us and wants us to experience his mercy. That’s why one simple prayer associated with Divine Mercy devotion sums up the confidence we should have in Christ’s mercy: “Jesus, I trust in you.” 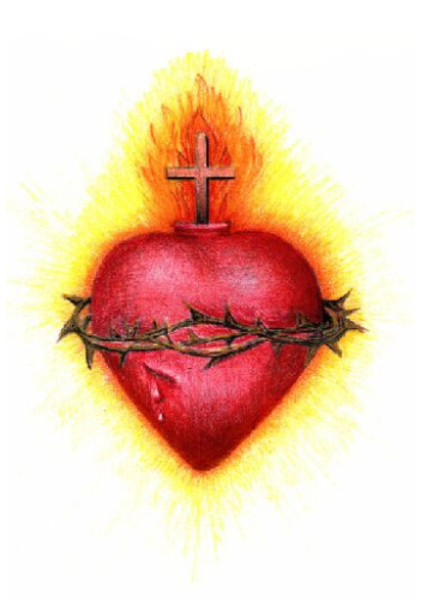 The Divine Mercy devotion was first instituted by the twentieth century Polish saint, St. Faustina Kowalska, who reported a series of visions of Jesus in which he asked her to tell the world about the mercy of God. She had the image of Jesus as he appeared in the visions painted. In the painting, Jesus is shown with rays of red and blue, representing blood and water, emanating from his heart along with the words “Jesus, I trust in you!” Jesus explained to St. Faustina that “the pale ray stands for the Water, which makes souls righteous; the red ray stands for the Blood, which is the life of souls. These two rays issued forth from the depths of my most tender Mercy at that time when my agonizing Heart was opened by a lance on the Cross.”

The three main messages of the devotion are to ask for God’s mercy, to be merciful to others, and to trust completely in Jesus. The feast of Divine Mercy had been celebrated in Poland and Vatican City, but on April 30, 2000, the day of Sister Faustina’s canonization, Pope St. John Paul II decreed that throughout the world the Second Sunday of Easter will receive the name Divine Mercy Sunday, a perennial invitation to the Christian world to face, with confidence in divine benevolence, the difficulties and trials that mankind will experience in the years to come.

All who believed were devoted to the teachings of the apostles, the communal life, the breaking of the bread, and prayer (Acts 2:42-47).

We now enter that part of the liturgical year that serves as a kind of debriefing for the newly baptized. We can imagine the Church telling them, “Now that you are one with us, this is the way we live: we are ‘devoted…to the teaching of the apostles and to the communal life, to the breaking of bread and to the prayers.’” This small, understated verse describes the genius of Catholicism.

Commentators have also seen in this list of the four concerns of the early Church (the teaching of the Apostles, common life in Christ, the breaking of bread or the Eucharist, and the life of prayer) a description of the classical divisions of catechesis. The Catechism of the Catholic Church is ordered along the same fourfold division: the Creed, the Sacraments, the Commandments, and prayer. The Catechism purposely changed the ordering to make the point that life in Christ, what our reading calls “communal life,” can only be lived as a consequence of the graces received in the Sacraments. So it’s fitting that the Sacraments, represented in our reading by the phrase “the breaking of bread,” should be treated before, and the moral life or the Commandments, treated after.

God has given us an undiminished inheritance, safeguarded for us in heaven (1 Peter 1:3-9).

The “new birth” to which St. Peter refers is that Baptism which has been newly received by the neophytes (literally meaning “new plant,” used by the early Church to refer to those who had just entered her by Baptism). At the Easter Vigil, they received an “imperishable inheritance incapable of fading or defilement.” The pledge of salvation that we and the newly baptized have received doesn’t preclude the possibility of suffering. Easter doesn’t mean that suffering is at an end but that suffering is a means to the end of Resurrection. Suffering isn’t ended but transformed in the new life we receive from Baptism.

Part of the trial that our faith undergoes is that we “have not seen him.” We’re given many signs of his love and mercy but these often recede into the background of our lives as time passes. But if we retain an awareness of the special gifts God  has given us and the small miracles he has performed in our own lives, then this  helps  us  to  walk  in  faith--even  without seeing him. Clinging to the promise of our Baptism, even in the midst of trials, supplies us with cause for rejoicing.

The risen Christ comes to his disciples with peace and the Spirit. The absent Thomas doubts (John 20:19-31).

As a Church we’re present on Easter morning to witness the risen glory of Jesus Christ. We share the joy and recognition of St. Mary Magdalene and the Apostles. But, just as we’re represented collectively as a Church in the characters of Mary Magdalene and the Apostles, so are we also absent and doubting on that first Easter day in the person of Thomas.

The Second Sunday of Easter could be called Thomas’s Easter. He represents that part of us that holds out against faith—relentlessly asking for proof and confirmation. Because of this, Thomas is a particularly good model for our age. He demands an empirical, tangible demonstration that Jesus is risen in the flesh.

In John’s Gospel, seeing is believing. John seems to emphasize the evidence that sight supplies to the identity of the Lord Jesus. Sight and blindness are metaphors for enlightenment and sin. So there’s this tension between the evidence that Jesus gives us and our human insistence that he continually reinforce our faith with signs. The Catholic conception of belief has always respected both our human need to be shown the truth and our spiritual need for the faith that perfects our reason. The Church respects both because Jesus respected both.

Candelario Jimenez is one of our own St Michael parishioners who is a Theology IV seminarian at St Patrick Seminary in Menlo Park.... END_OF_DOCUMENT_TOKEN_TO_BE_REPLACED

Fr Nathaniel Gentizon (Father “Nat”) joins our St Michael Community and will stay with us through mid August.

He is a Filipino... END_OF_DOCUMENT_TOKEN_TO_BE_REPLACED

Based on the guidelines by Bishop Michael Barber, this new schedule is effective... END_OF_DOCUMENT_TOKEN_TO_BE_REPLACED