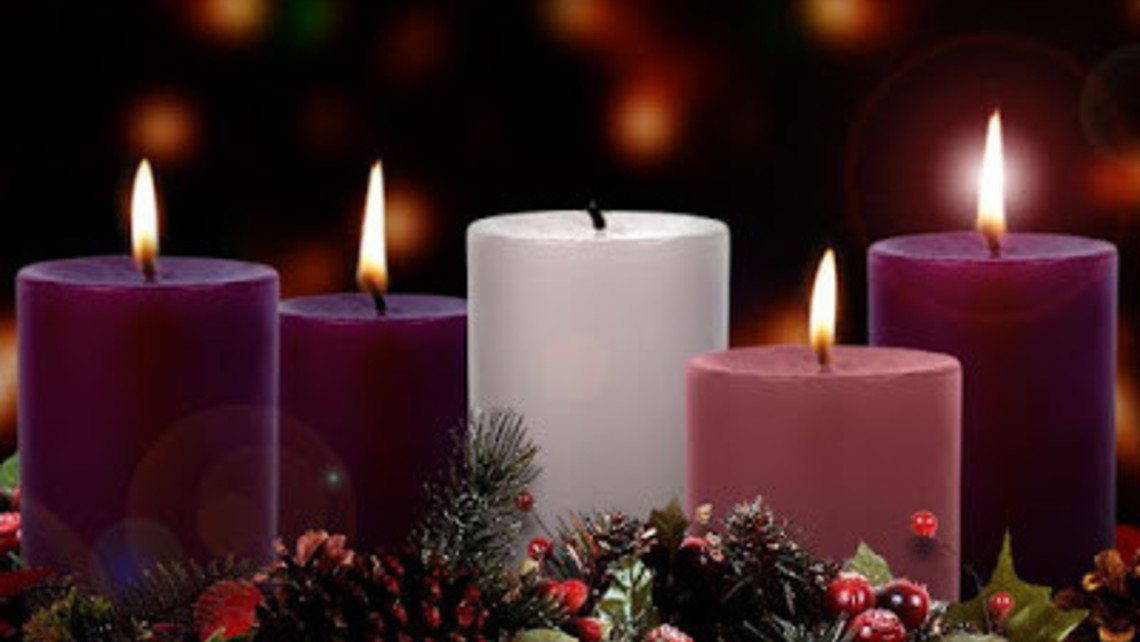 Scripture Reflections for the 4th Sunday in Advent

The story of Mary coming to greet Elizabeth is a scene known as “the Visitation.”

But do we really understand its meaning? A simple recounting of two expectant mothers greeting each other is also a great lesson for us in both service and humility. Mary, newly pregnant after accepting the angel’s announcement that she would bear the “Son of the Most High” who would “reign over the house of Jacob forever,” ignores the demands of her own situation and travels in haste to assist her older relative Elizabeth, who is six months along in her pregnancy. Despite all the things that had to be on her mind, including the astonishing news that she was to bear the Messiah, Mary’s first action was to serve. When we are faced with things that are troubling or overwhelming, are we willing to look outside of ourselves and serve as Mary did?

Then there is Elizabeth. At six months, most mothers would be aware of sudden movements in the womb. But Elizabeth, on hearing Mary’s greeting, responds to the movement of the Holy Spirit, interpreting her child’s stirring as a leap of joy.

And she perceives why. Mary is the one “who is to give birth” to him who “shall be peace,” in the prophet Micah’s words. She is the one “who believed that what was spoken to [her] by the Lord would be fulfilled.” Elizabeth is immediately aware of her younger cousin’s privilege; significantly, though, Elizabeth is not jealous or envious, but accepts her role in the story of salvation with humility. Filled with the Holy Spirit, she greets Mary as “blessed among women” because of the child Mary carries. Mary’s visit is, for Elizabeth, a personal privilege, a pure joy: The mother of her Lord has come to her.

Two pregnant women. Two examples for us as we enter the fourth and final week of Advent.

Micah foretells that a great king will be born in Bethlehem. He says of Bethlehem that, despite its small size and political insignificance, it will be the birthplace of the Messiah whose greatness will “reach to the ends of the earth.” To the surprise of many, the Messiah will not come from Jerusalem but from a small, unknown town.

According to the Scriptures, the Messiah must be a descendant of David. It’s not accidental that David’s hometown was Bethlehem, the place where Micah prophesied the Messiah would be born. The hand of Providence can be clearly seen down to the very meaning of “Bethlehem,” which means “house of bread” in Hebrew. The ancient birthplace of David will be the birthplace of the new and greater David—Jesus. With the birth of Christ, Bethlehem becomes the house of the Bread of Heaven.

The age and newness of Christianity always exist side by side because God himself is both the Ancient One and Ever New. So, in Catholicism, we both revere the Jews as our “elder brothers in the faith” and proclaim the Good

News of salvation to them. Much of Catholic worship comes from the rites and prayers of the Jewish Temple and Synagogue, so it isn’t a complete change in worship; we take the use of old religious forms to express worship of God according to the fuller revelation of his purposes that we have received in Christ.

According to the early Christians, faithfulness to the promises of the Old Covenant required adherence to the fulfillment of those promises in the New Covenant. It’s in this sense that the author of Hebrews can say that the first covenant is taken away. The Old Covenant is irrevocable, in that the Jews remain God’s chosen instruments for the salvation of the world in Christ, and yet it’s the Old Law that’s fulfilled in a new and surprising way by Christ.

Our Gospel passage recounts the first part of the Visitation of Mary to her cousin Elizabeth that’s the second of the Joyful Mysteries of the Rosary.

As has been mentioned before, everything surrounding John’s birth attests to the fulfillment of God’s work in the Old Covenant. Even the Hebrew names of his parents, “Zechariah” and “Elizabeth,” together mean, “God remembers his oath.” Everyone who hears of the fulfillment of God’s promises— Zechariah, Elizabeth, Mary, Simeon, Anna, and even little John the Baptist—exults in joy at the Good News. That is the gift that the Father wills for us, too.

This last week before Christmas is often very busy and very stressful. We can tend to become short-tempered, worried, and even a bit overwhelmed. In today’s Gospel we read about two women who had every reason to be worried and overwhelmed: Mary, who had just learned that her life was about to change completely, and Elizabeth, who was pregnant in her old age. Yet these two women greeted each other in love and mutual respect. What’s one thing you could do this week to help you relieve some of your stress and be more fully present to your friends and family?

Watch the short Opening the Word video reflection on FORMED.org on the “Community” tab.

Please join us in celebrating the feast day of St. Padre Pio at the dedication and blessing of St. Michael Cemetery’s new Padre... END_OF_DOCUMENT_TOKEN_TO_BE_REPLACED