The Word Burning Within 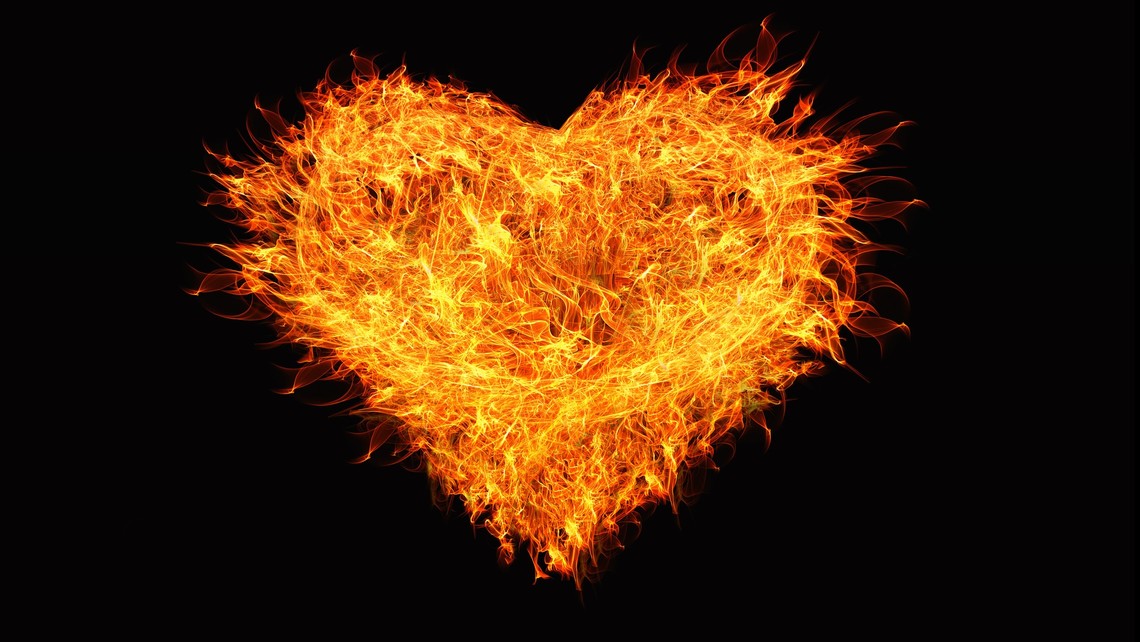 Reflections for the 22nd Sunday in Ordinary Time

Jeremiah is angry in today’s first reading. So angry, he says that God had duped him.

The connotation is that God has somehow let him down and deceived him. If you know something about Jeremiah’s life, it’s easy to see why he feels this way. God called him to be a prophet and then appointed him to bring very bad news to the Israelites: they were going to be sent into exile for their sins. Needless to say, such a message wasn’t very popular and the prophet has to bear the brunt of the people’s anger. In turn, Jeremiah becomes angry with God for saddling him with such a thankless task. In the end, however, Jeremiah concedes that even if he wanted to, he couldn’t deny the Word of God that burns within him.

We can find ourselves in a similar place. When the Word of God burns within us, it can be sweet, but sometimes it can be very difficult. If we are to faithfully pronounce that Word, we must be totally in love with the Lord, for it is only when we are enamored with God that we can do what St. Paul says: offer our entire lives as a sacrifice to God to be consumed.

Just as Jeremiah was consumed and transformed by the Word that burned within him, we likewise need to be transformed until we become completely pleasing to the Lord. This transformation then leads us from thinking in human terms to thinking as God thinks— and putting on the mind of Christ, as St. Paul says, so that we can unite ourselves fully and completely with Our Lord.

The name of the LORD has become like fire burning in Jeremiah's heart (Jeremiah 20:7-9).

This week we get a kind of coda to the readings we  saw last week, on the 21st Sunday of the Year. Jeremiah complains to God—something that he was not shy about doing—about the weight and burden that his prophetic mission represents. For doing the good thing that God has set for him, acting as prophet of the Most High, he receives “derision and reproach.” In this way he reminds us of the old quip, “No good deed goes unpunished!” It is unsearchable, it is inscrutable that doing the good things that God asks of us should bring the difficulties that often come with discipleship. It just ought not to be.

But, as we saw in the reflection last week, God’s ways are wise beyond human understanding, and our puny “ought nots” cannot penetrate the vast dimensions of God’s providential love and mercy. And so the prophet Jeremiah knows, despite the honest expression of frustration that he makes to God, that his will must be done! God’s purposes, however dark to us, burn like a flame within those who have committed themselves to him in faith, hope, and love. While that fire may not always give us much light on the path of faith, it will always warm us if we consent to his purposes and give him our lives.

Be transformed; renew your mind; discern what is good (Romans 12:1-2).

There is a  very  interesting  juxtaposition  of  images in this short reading from Romans. Note that St. Paul tells us that we should make of our bodies a “living sacrifice,” and then calls that an act of “spiritual worship.” This interesting interplay between the body and spirit points to something very important about our faith. While we tend to think of material things, like our bodies, as more earthly, and our souls as more heavenly, the incarnational pattern that stands at the heart of our faith should make us think again.

Jesus, though pure Spirit in his divine nature, chose to enter the realm of matter, taking to himself a body along with the spiritual soul of the human nature that he possessed. That body became the very instrument by which he worked our salvation on the cross. That supreme act of love for his Father and for the human race was, of course, supremely “spiritual.”

The love that he experienced in his human soul and still more in the divine Spirit he possessed was expressed in a bodily act. We are embodied spirits and so to act humanly means that the soul or spirit will usually express itself in the body. But that does not mean that such an act is merely material. And that is why the spiritual worship that we offer in the sacraments is so bodily, made up of sights and sounds, words and gestures. Worshiping with our bodies helps us to see that love, to be truly spiritual, must be expressed and acted upon, not merely felt.

Our Gospel passage follows directly upon the text from last Sunday, where Peter is raised to the loftiest position in the kingdom after that of Jesus himself. And what do we see this week? He is called “Satan!” Assuming that both of these passages together comprised only several minutes of conversation, Peter must have felt like he was on a roller coaster. Notice that Jesus first talks about the fact that he must suffer. Then, after Peter puts his foot in his mouth—probably quite innocently thinking that he was expressing his love for Jesus— Jesus tells Peter that anyone who would follow him must suffer, too.

We can easily misunderstand Jesus to be saying to Peter, or to us, “No, don’t you get it? Being crowned and celebrated the messianic king would be bad, and suffering an ignominious death is good.” Jesus isn’t really turning the world upside down. He isn’t saying that pleasure is bad and pain is good. He is telling us the unvarnished truth that in a world of sin, love will suffer. And if we choose to love as he did, we suffer as he did. The really revolutionary and revelatory element here is that the reward will far surpass the sacrifice, such that what we call “life” will seem pale next to that new kind of life that love will gain. But, again, we ought not to think that suffering is the point; it is love that gains the prize of glory.

An Opening the Word reflection by FORMED.org.

Have you ever had an experience when you were very upset with someone but couldn’t remain angry because you loved that person too much?  Watch the short Opening the Word video on FORMED.org.

What does the presenter say happens when we become transformed and pleasing to the Lord?

Jeremiah did not have an easy time being a prophet. In fact, because of the difficulties that he talks about in the books Jeremiah and Lamentations, he has been called the “weeping prophet.” It was his unfortunate lot to tell the Israelites that Jerusalem would be destroyed by invaders from the North and the people taken into captivity in a foreign land. Needless to say, such prophecy did not go over well with the Israelite king, who threw him in a cistern and threatened him with death. When King Nebuchadnezzar of Babylon took over Jerusalem in 586 BC as Jeremiah had said, he freed Jeremiah.

Here at this Table

HERE AT THIS TABLE

Our Communion hymn today is “Here at this Table”. This hymn was written by... END_OF_DOCUMENT_TOKEN_TO_BE_REPLACED

I’m Deacon Eric and my wife, Kathy, and I are new to Livermore and St Michael.... END_OF_DOCUMENT_TOKEN_TO_BE_REPLACED

Here are just a few things your donations have... END_OF_DOCUMENT_TOKEN_TO_BE_REPLACED